A huge gap of DHALs, how shameful! This is going to be a long one!

Friday, July 4th… meant one more week of Anaesthesia before the completion of my Critical Care rotation! It was getting harder to see the end now because although it was so close, it felt so far! Since there was no final exam (aside from an online multiple choice exam I had already completed in week 2 of 8), I did not have to spend my weekends immersed in studying, I was able to enjoy going out and seeing my friends.

So on Friday after my shift, I met up with Amanda for dinner. There is a vegetarian restaurant in Fortitude Valley called Kuan Yin Tea House that Michael and I have been meaning to visit because we have heard good things and it is highly rated on Urbanspoon (96%). I was a fun night out with Amanda but the food was subpar, I’ll be writing a separate blog post for this later on! 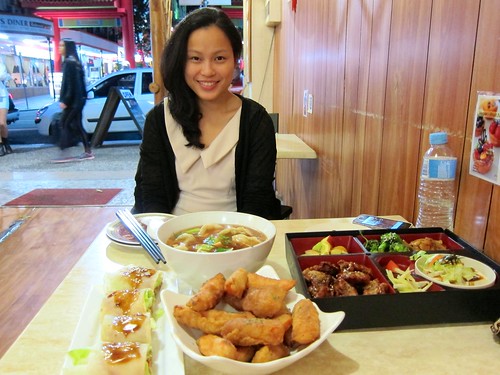 Next day on July 5, I finally had the opportunity to see and catch up with Josiah and Danya! They are living in Bundaberg this year, so we have not had a chance to hang out since coming back from Canada, but it finally happened! Weekends in Brisbane for them are always hectic but they had some time to pop over for a visit! And I was finally able to pass on a small wedding gift that Mike and I brought back for them from Canada, which only had to wait 7 months 😉 They even gifted us a nice bottle of wine as a belated engagement present, unexpected but thanks so much guys! It was so good to catch up and hear that they are enjoying living in a new city and being well looked after by the small Bundaberg community. They are liking it so much that they have decided to stay for Josiah to pursue his internship training… that’s saying heaps! 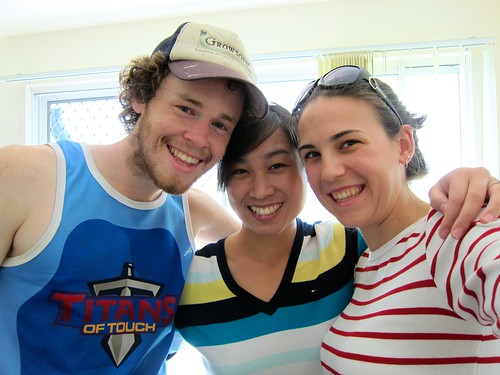 Lowlight: My cousin, Hoang, from Vietnam who now lives in Brisbane with his wife, was supposed to come over for dinner on July 5th. Unfortunately, something came up and they had to cancel!

The following day on July 6, I had a photo shoot session with the Gibson family! 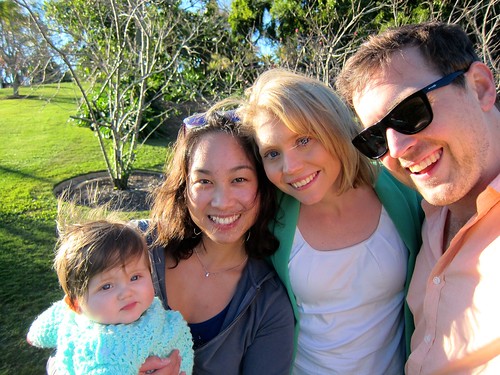 This was the first ‘photo shoot’ of any kind I’ve ever done. Pretty much had no idea what I was doing, didn’t have any special equipment, and worked with kit lenses. Had a good time with Kristen, Matt & Abigail but too bad Abigail wasn’t her usual smiling bubbly self! I imagine having a big black camera covering my face might be a little intimidating for a 6 month old! Was able to get a few photos, even some smiling ones. I’ll have to make a separate post but here’s a teaser photo! 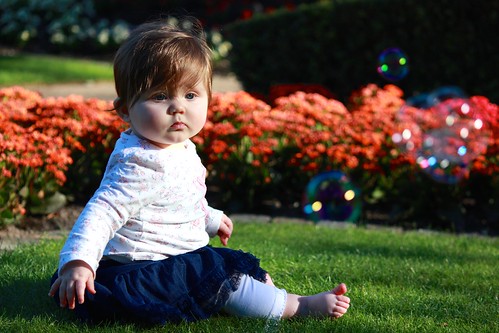 Because my cousins never made it on Saturday for dinner, I invited Sarah and Amanda over for some studying and dinner on Monday, July 7! Had bought a bunch of ingredients to make dinner and didn’t want them to go to waste, what better way to use them up than to have friends help you? Made some Thai green curry chicken to have with rice, yum! 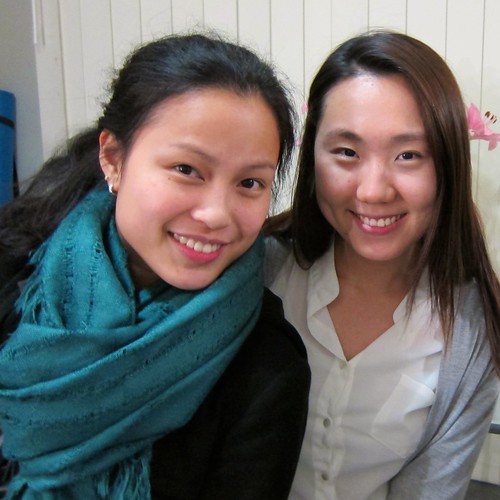 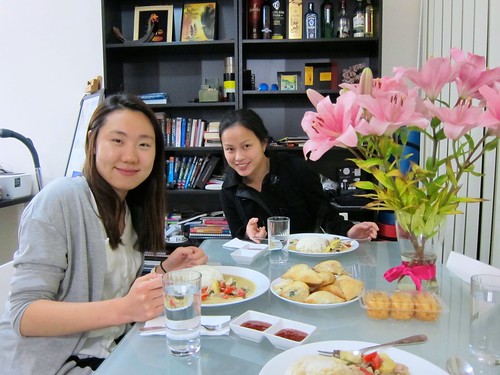 Had also made lots of peanut butter chocolate chip cookies so sent the girls home with a bunch as well. What made the night fun was meeting Sarah’s boyfriend, Jay. After years of poking fun at her for having an imaginary partner (he has always been too busy to attend any of our events or get togethers), we met him when he came to pick her up. Mind you, it was completely dark outside so I have yet to see what he looks like in person 😛 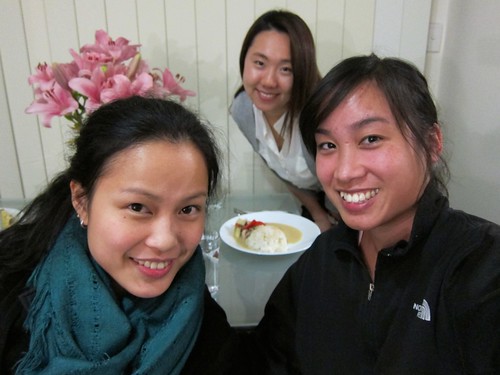 The weekend passed too quickly and soon I was completing my last week of the critical core rotation. I feel quite lucky to have had most, if not all, preceptors be very kind and willing to teach. It made for a very good learning environment and I never felt intimidated with any procedural skills, even when I failed them. There was always room to improve and my supervisors were always willing to make things work better for me.

It is also nice when your effort and hard work doesn’t go unnoticed. I was rostered for 2 days (July 09-10) on the APMS (Acute Pain Management Services) team, who are responsible for hospital wide consults for patients who require more specialised care for the managment of their pain. These patients can include those who have epidurals, regional blocks, or patient controlled analgesia (PCA). With only 2 days on the service, I made the most of it including being proactive in taking notes, chatting with patients, and handing over plans to nurses in charge. I’m not sure what the other medical students did during their time on APMS, but when I received the note (not required and squeezed beside the signature box) “Above and beyond the call of duty” on my last day and a number of verbal thank yous and compliments, I knew I had done well 🙂

Lowlight: I was told this last week of the rotation by the course administrator that she wanted me to make up time for 2 sick days I took earlier in the rotation. My last week, where I’m fully rostered, and she wanted me to make up 2 extra shifts last minute. I was not happy as we were never made aware of having to make up for sick time, isn’t that why you have sick days to begin with? After having a chat with her and explaining to her that the request was unreasonable in the amount of time I had left, she told me to have a chat with the respective professors of the Emergency and Anaesthesia departments. Bring them my work books and evaluation forms so they can assess if I have done work to their satisfaction and maybe they will let me pass the rotation without making up the time. Lucky for me, both professors were more than happy to let me off after having a chat and leafing through my documents. It was annoying and stressful before I was given approval because of the potential to fail the rotation, but I’m glad things worked out!

Soon, Friday (July 11) rolled around and I was super eager to finish my last day of work! I had been packing up and cleaning the house bit by bit throughout the last 2 weeks so I didn’t have much left to do before flying out Saturday morning. And to end the rotation on a good note, the anaesthetist of my last shift was awesome. He spent the first few hours of my shift grilling me and asking me questions non stop, explaining things along the way as required. When that was exhausted, we just chatted about life in general where he also shared some good advice for my internship year. By 2:30pm, he was showing me his wedding videos and because the same surgery had been going on since 8:30am, he asked me if I just wanted to head home. Early day on my last day? Heck yes! I could definitely use some extra time.

I went home, where I met up with Yoni. He’ll be renting out one of our bedrooms (Christine’s in the other one) so I just wanted to give him the keys and a verbal handover, including what food he should help us finish, which he’s always happy about.

I then headed back into the city to meet up with Mabel, Amanda, Sarah, and Xuan for a post-rotation hang out! We had a coffee catch up at Bonsai Botanika before heading to Maru for a yummy Korean dinner and finished the night with some delicious bubble tea at Gong Cha. I will be writing blogs for the respective restaurants soon! Lovely evening with good company to end my time in Brisbane! 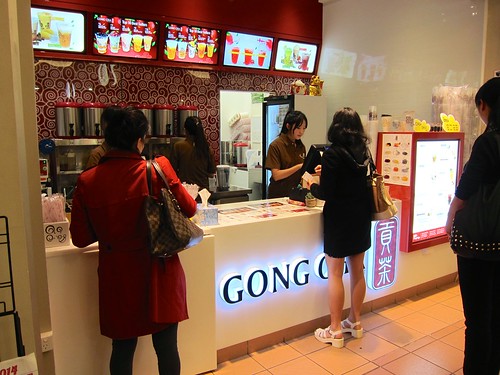 It was around 9pm by the time I got home, plenty of time to finish up my packing and cleaning. I tried to stay up as late as I could in order to sleep easier on the plane but by 3am, I had to lay down for a 3 hour nap.

Thanks to Christine for giving me a ride to the airport at 7 in the morning! and soon I was boarding Qantas flight 15 to Los Angeles. Boy oh boy was it not the best journey home, will tell you more in the next DHAL!