For those who don’t know, my sister is doing a Masters degree in Occupational Therapy at UBC in Vancouver. Friday marked the successful end to her first year and before flying back to Ottawa for the summer, she came to visit me for the weekend.

She arrived by ferry early Saturday afternoon, there she is! 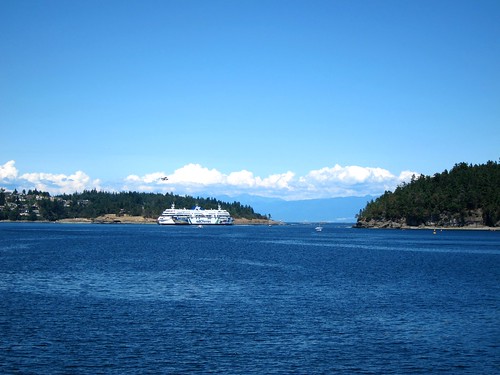 We ended up walking back to the house from the ferry terminal, which isn’t too bad – about 25 minute leisurely walk with uphill segments.

We spent a few hours catching up, snacking and FaceTiming my mom, brother, and Benny. We even got a complete family photo for the first time in a while 😛 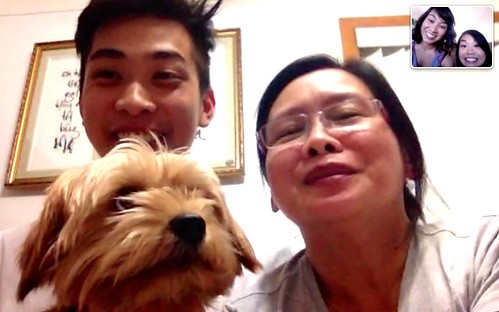 She brought over some goodies for me, including these (now expired) orange KitKats she had saved, as well as some yummy chocolate from Hawaii, a gift from a friend. 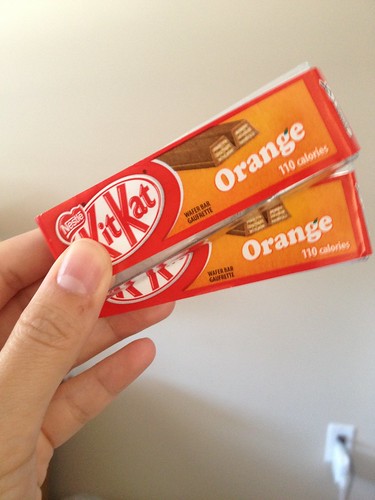 We didn’t head out until late afternoon. Decided that we would walk along the water and head into downtown. Apparently this weekend was the International World Championship Bathtub Race, part of the 3 day Nanaimo Marine Festival. I never knew such a thing existed and we weren’t sure of the schedule but would be walking by the harbour anyway. 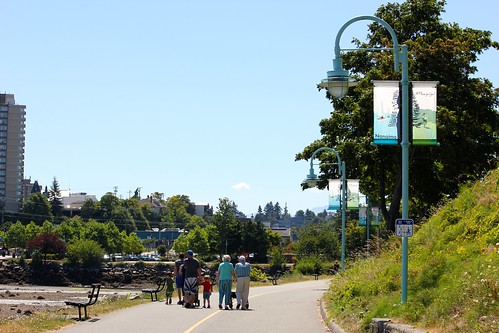 So the great thing about BC, there are wild blackberries growing everywhere. I can be going any where and always find blackberries to munch on. Mmm 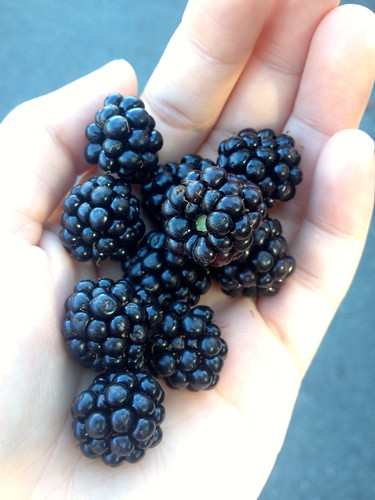 Some beautiful flowers we passed during our walk 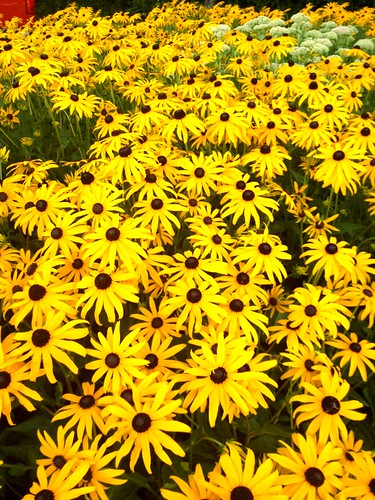 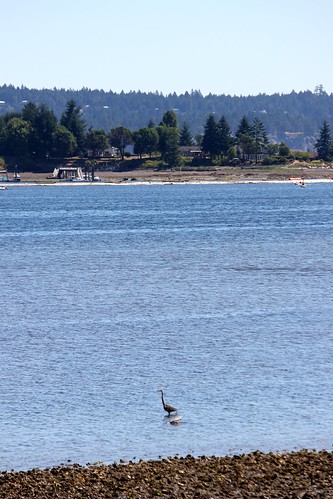 Here is the iconic statue of former mayor Frank Ney (may be hard to see) beside the bathtub. Known for his role in initiating the bathtub races across the Georgia Strait from Nanaimo to Vancouver. 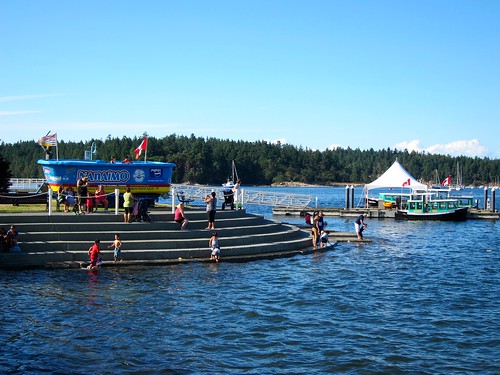 There wasn’t much activity going on along the water so we decided to head up to Commercial St, where the Bathtub Days street fair was set up. We had already missed the parade but there was still live entertainment and lots of neat vendors. 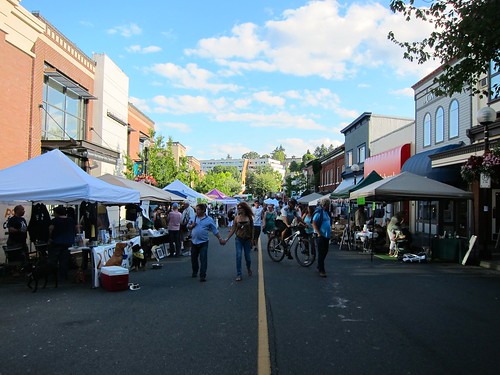 We saw Flaming Donkey and couldn’t resist. Even though we could read, my sister went up to the guy and blurted, “What’s a flaming donkey?!” 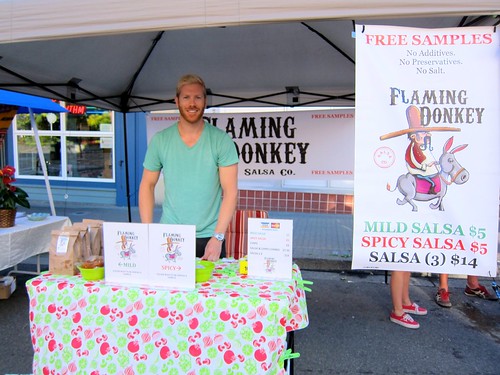 Healthy salsa with no additives, no preservatives and no salt. Not only is the price comparable or cheaper than the local supermarket, but apparently lasts longer in the fridge as well. We like supporting local businesses and bought a salsa + chip back after a taste test of the mild option ($7.50 I think). He had already run out of the spicy salsa. 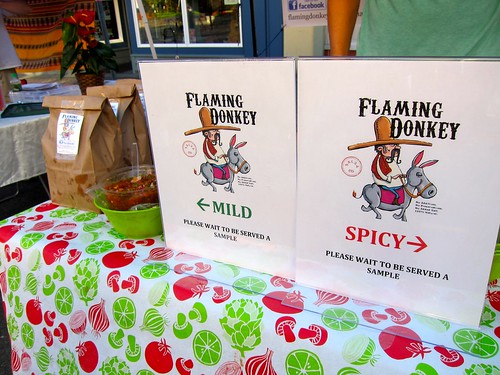 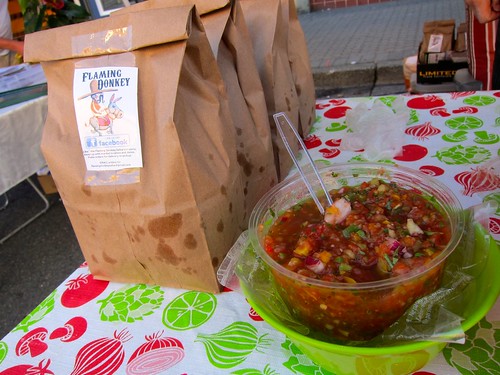 To be honest, we didn’t think find the salsa nearly as good as the one our mom makes – mainly due to the lack of salt (which doesn’t require a lot but that’s their motto), but also lack of spices as well as pineapple. We are pretty spoiled when it comes to good food, so this is a really good business venture, but the taste didn’t wow us.

Towards late evening, we decided to have dinner at Sukkho Thai, also on Commercial St. We had delicious Thai food, which I will write about in a separate blog post next. We had some fish cakes to start,  pad thai for my sister and sticky rice with BBQ’d chicken and papaya salad for me. Yummy! 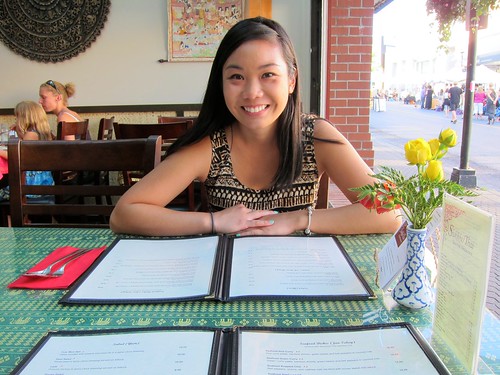 After dinner we noticed a lot of people heading down to the water, most likely to find a spot to enjoy the festival fireworks later that night. We decided to skip out on the fireworks and head home to relax. Even introduced my sister to some Hamish and Andy’s hilarious Gap Year in South America before calling it a night.