We landed in Gold Coast at 8am on September 21st, Mike’s birthday!

Happy 35th birthday to Michael! We had a lot of fun celebrating in Canada and during our trip back in Hong Kong and Singapore so we didn’t have any special plans for once we were back in Brisbane.

No special plans didn’t mean we wouldn’t have appreciated not being held up at the airport for nearly 2 hours after landing though.

Let me tell you the story of how we almost ended up on Border Security. Actually, I’m lying, the show is never filmed out of Gold Coast Airport, but if we had been in Sydney or Melbourne, cameras might’ve been rolling. We got through immigration without any difficulties, picked up our luggage and headed to the customs declaration and exit line. While in line, a lady customs officer went up to Michael and asked him to see his incoming passenger card. He had nothing to declare (only me with homemade kimchi) and was given back the card with a simple thank you. I thought it was odd that she had solely singled him out of a big line and watched her go… straight to the customs officer at the front of the line and whisper something in his ear while pointing to Mike.

In the past, we have cleared customs through one of 3 lines:

This time, without any obvious reason or being told specifically why, both Michael and I were directed to a fourth line. One we didn’t know existed but immediately referred to it as the Border Security line. We were told to sit down on the benches and that an officer would be with us ‘shortly’. This area is completely blocked off from public view and actually depicts some scenes very similar to Border Security. Ie. An Asian man getting every nook of his baggage searched while he sits in a chair looking weary and worried. In another line, a ‘tough’ guy looks annoyed as his bags are being searched and he’s being questioned.

After letting us sit and stew for what seemed to be forever. The initial lady customs officer came over and said to Mike she wanted to talk about his “travel patterns.” Funny, because we both have the exact same travel pattern. We immediately figured it was because Mike was a guy and traveled too often and looked suspicious, especially when we frequented SE Asian countries. We explained to her that we were both medical students, have a 1 week break after every 2 month rotation and took the opportunity to travel cheap.

You could see her realise it… she was barking up the wrong tree. But that wasn’t enough and we had to sit there and answer more questions, including how we were even able to afford studying in Australia and travel at the same time. She was getting nothing and decided to let us go, after scanning our bags. One last jab from her as my bag was going through the scanner, “Are those cigarettes?” No, those are KitKat bars (and they look nothing like cigarettes, but nice try).

Anyway, we finally made our way out the airport. And miraculously, we were able to lug home 3 large pieces of luggage and 2 wheeled carry-ons back to Brisbane – via the bus, then the train. Pros or what?

Jet lag hit us pretty quickly but no time to diddle daddle as we had school the next day! The start of our last rotation – Surgical Specialties!

I was starting with 2 weeks of ENT, then 2 weeks of Opthalmology and finally finishing my medical degree with 4 weeks of orthopaedics. So close! Have to keep pushing to the end!

We landed in Singapore around 1pm. After a huge waste of time with Scoot (which may be discussed in a later post), including a 1 hour delay, we finally made it out into the city!

We first strolled through Little India, enjoying the sights and smells, finally stopping at Mustafa Centre to exchange money. Then we headed over to Chinatown, enjoying a quick lunch of BBQ pork and char siu with rice at Chinatown Food Street (CFS). This was the first time we came across CFS, here’s a little blurb from YourSingapore: 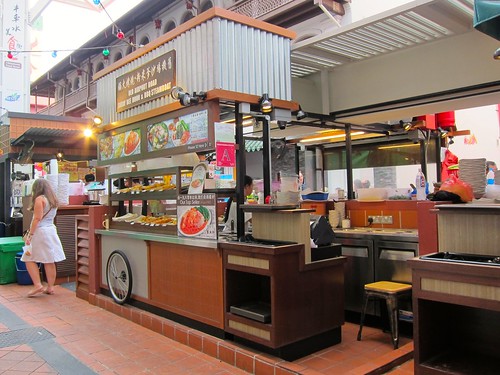 Located on Smith Street in the heart of Chinatown, the revitalised CFS seeks to create the most authentic Singapore dining experience for locals and tourists alike. From a tantalising plate of Char Kway Teow, to sticks of mouthwatering Satay, CFS offers a diverse spread of local delights, with iconic food from local cultures all represented on one street.

With street hawker stalls, shophouse restaurants and ad hoc street kiosks, complete with the al-fresco dining style along the street, one can revisit the Chinatown of old at CFS. Newly constructed high-ceiling glass canopy shelter and internal spot cooling system allow diners to indulge in culinary pleasures regardless of rain or shine. Now fully pedestrianised, visitors can dine in comfort along Smith Street from day to night.

If you are ever in the area, HERE’S a good article with 10 food stalls to check out! 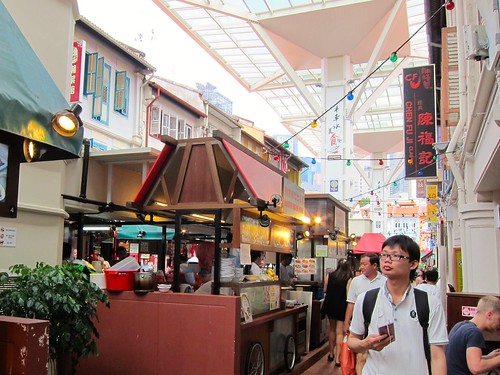 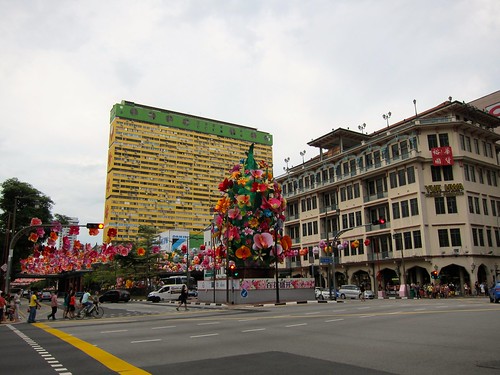 We had to have a quick lunch before we needed to be on our way to a very important appointment – our first ‘real life escape game’ at BreakOut! Since last year, BreakOut materialized and landed the #2 ranking on the Trip Advisor list of attractions in Singapore. With nearly a 5 star rating after over 130 reviews, how could we pass it up?

What is BreakOut? Here’s a description from their website:

Taking on the role of the main characters in the story, you and your teammates have to work together to find clues, solve puzzles and navigate yourself out of a locked room that you are trapped in, while beating the clock!

BreakOut has 3 themed escape rooms of varying difficulty – Forever Young(4.5*).,The Scientist(4*) and Magician’s Secret (5*). We cater to both newcomers and seasoned gamers.

Each session is 1 hour long. We booked our visit for 2:30pm and chose ‘The Scientist’ room to break out of, apparently the easiest of 3 rooms:

An eccentric but genius scientist has discovered a miraculous cure to any form of cancer – it is rumoured to be a previously unknown species of the mushroom family. Its wondrous properties are worth a fortune, and you and your accomplices have broken into his laboratory to steal his discovery. Unfortunately the paranoid scientist has booby trapped the room and you are trapped in his laboratory. Can you escape before the police arrive?

BreakOut is extremely easy to find and on the second floor of the building. We were greeted by staff as we were climbing up the stairs, “Sandra? Welcome! Come on in!”

We were asked if we’d ever played such a game before, either in real life or virtually. We hadn’t. We were given a quick run down and then taken into our room. The rules of the game were explained, including how to immediately stop the game and leave the room if required. We were reminded that unless there was striped tape around objects, they were a part of the game. Keep our eyes and ears open, be observant, use our brains and enjoy the game!

And then the staff was gone, we were left in our room, and the timer started to count down. Suspenseful music played continuously as we frantically tried to figure out how to get out of the room. We soon realized why the recommended number of players is 4-8 people, as opposed to two! The more people in the room working with you, the more fun and successful you’ll be.

We really did try. But maybe it was the jetlag and not sleeping for over a day, but we got stuck a number of times. We felt a little embarrassed but no worries! You are constantly being video monitored and if the staff find you aren’t progressing quick enough, someone will politely knock, come in and offer a vague clue to help you get back on track.

Unfortunately, we failed to break out of the room within the hour 😦 However, because no one had booked the room after us, we were allowed a few extra minutes to complete the game. 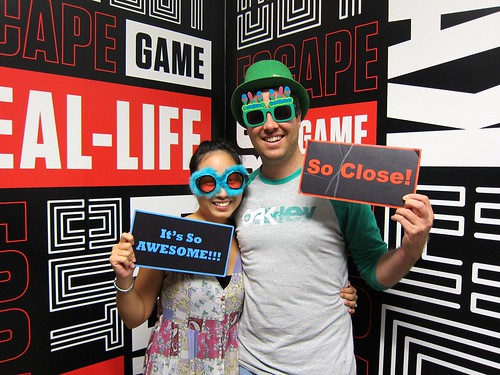 A super fun and exhilarating experience! It is very clear that the rooms and situations have been thought out and well prepared. An hour of adrenaline rushing through your body as you race against the clock. 😉 Highly recommend a visit to BreakOut if you’re in Singapore! We will definitely be coming back to try the other 2 rooms the next time we are in Singapore. 🙂 Thanks to the staff for their great service and not openly laughing at us! 😛 We look forward to visiting again. 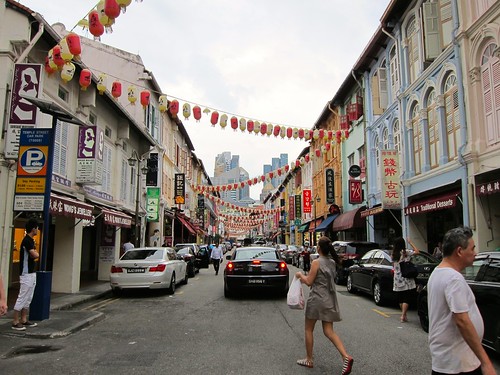 After BreakOut, we walked around Chinatown some more, stopping at Koi Kei Bakery – the famous Macau name, renowned for their perfectly crispy-crumble-in-your-mouth almond cookie. 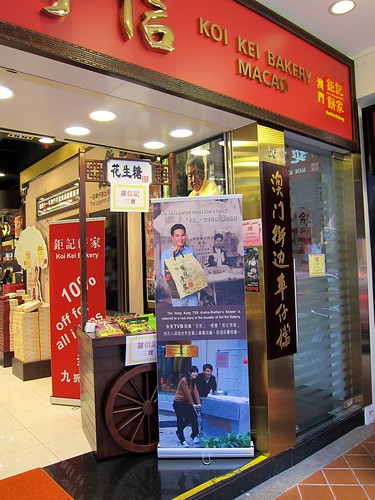 Stepping into the shop can be a little overwhelming because there are so many options available. Luckily, the staff is there to help you out 😛 We were greeted as we stepped into the shop and given a few minutes to look around before being offered samples. Lots of samples. I think you could have a never ending taste of cookies if you wanted. We started off with the most popular cookie – the almond cookie. She gave us a sample of both the hand made and machine made almond cookies – you could definitely taste the difference in texture! 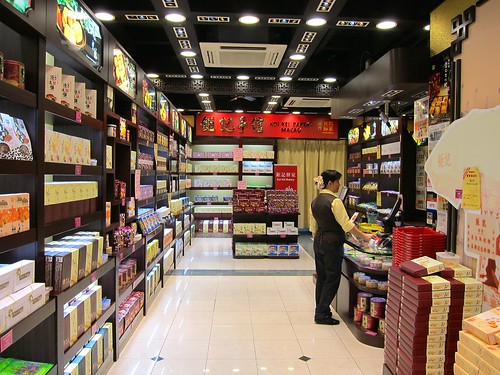 Despite its popularity, we ended up not getting any almond cookies. Instead, we purchased a box of almond pastry. Superbly flaky and buttery while not too sweet. Yum! 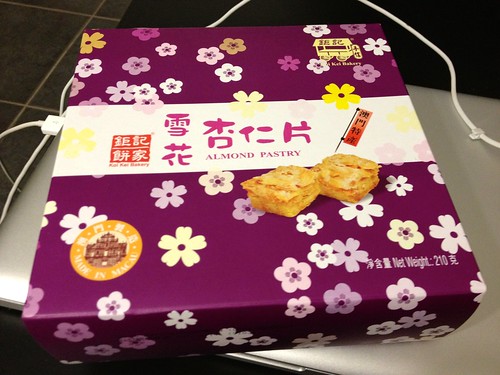 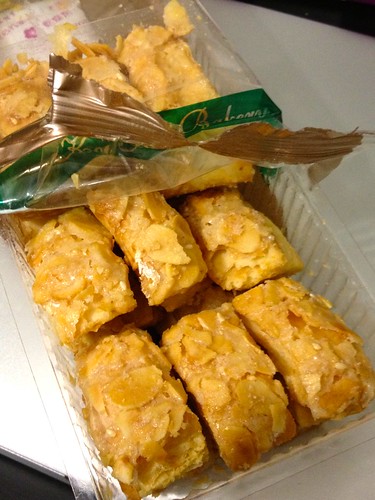 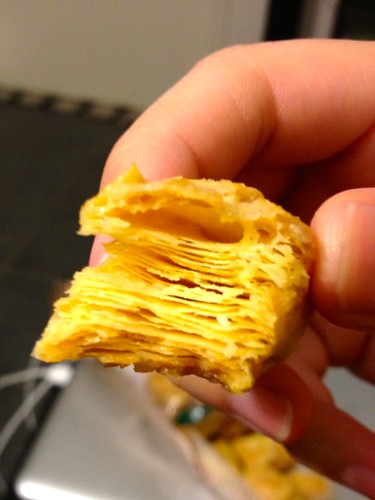 We continued our short day in Singapore with a steady stream of food. Including our first taste of Kaya Toast, a popular Singapore and Malaysian snack. Kaya is a coconut jam, often served on buttered toast with pandan, sugar and/or condensed milk. A sweet treat! 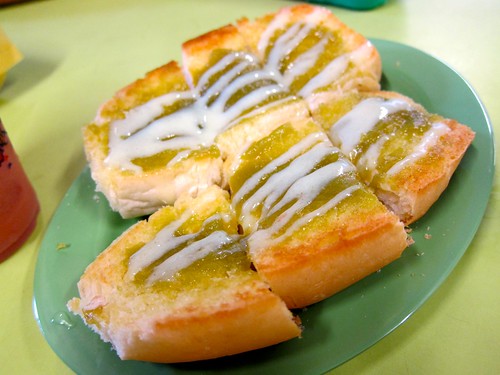 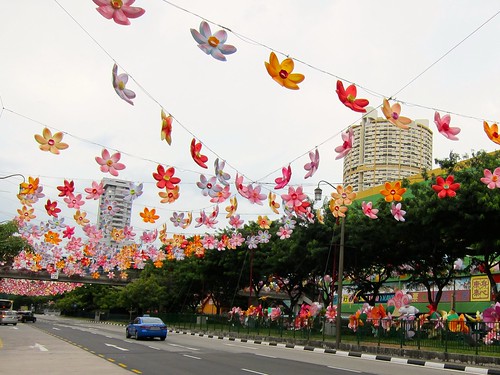 For dinner, we foolishly thought we would be able to dine in at Swee Choon Dim Sum Restaurant, one of our favourite places. Boy, were we wrong. Dinner time meant huge lines. No time to wait. Good thing we could take out! We grabbed a few of our favourite dishes including: egg tarts, steamed salted egg yolk custard buns, and red bean paste pancake. So delicious, just as we remembered, and can’t wait to be back!

Unfortunately, our time in Singapore had to come to an end and we headed back to the airport…. where we finally had the opportunity to shower for the first time in 2 days.

See you again in December Singapore!