On our way to Blackdown Tableland National Park for camping back in May 2015 – we drove across a sign for Mt Hay Gemstone Tourist Park. Located approximately 30 minutes from Rockhampton. 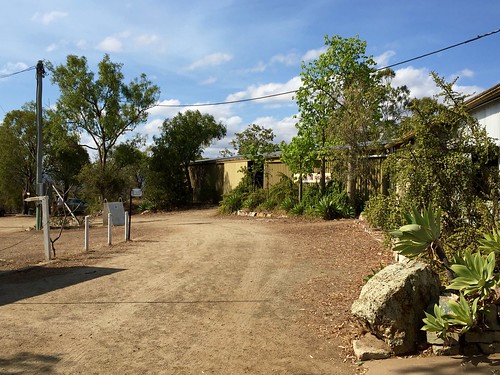 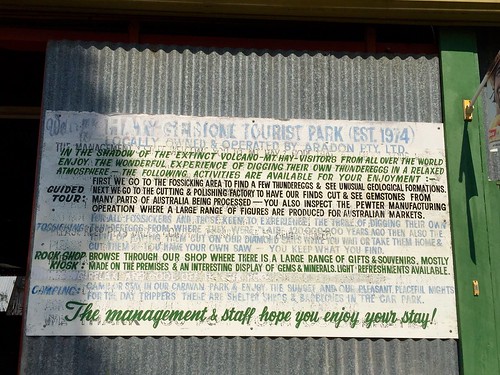 Fossicking! For thundereggs! Right up my alley. If you didn’t already know, I love rocks 🙂 After a few failed attempts at making the trip out to visit – we finally did it! Thank you to the wonderful friends who indulged me.

And for those who are wondering what on earth I’m talking about. Here’s an excerpt from their website:

Established in 1974 to allow visitors to dig their own thundereggs and spherulitic rhyolite, the Mount Hay Gemstone Tourist Park remains a popular destination for fossickers seeking these curious volcanic formations. Mt. Hay is the remains of an extinct ancient volcano, which was last active about 120 million years ago. When it was a rumbling volcano millions of gas bubbles were present in the molten rhyolite lava .. it is these gas ‘pockets’ that became thundereggs. Thundereggs or volcanic birthstones are the result of these “pockets” filling with siliceous liquids containing impurities and trace elements, which crystallize as they cool, and when cut in half, reveal many different colours and patterns.

The fee is only $25, which includes an introduction to the history of Mt Hay, what to look for and how to fossick for thundereggs. In addition, you are given the tools to fossick and at the end, they will cut a few of your treasure finds!

We even had the chance to meet Don of the founding Kayes family! He was absolutely lovely and extremely patient and informative. He took us out back, got on his knees digging with us and even put up with our lame jokes – thanks Don! 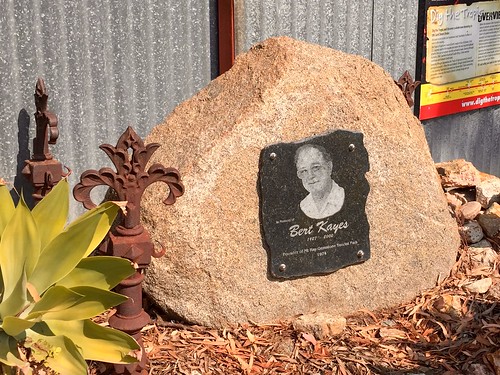 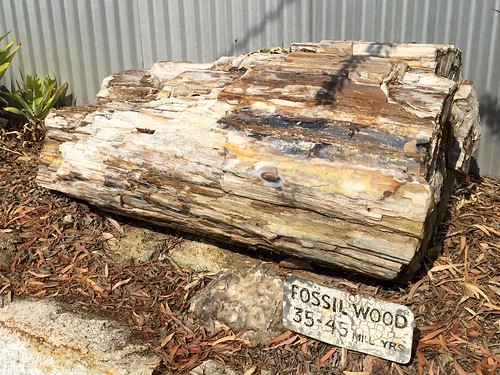 We had tons of fun and spent hours fossicking. We actually had no idea what we were doing but followed Don’s instructions – looking for rocks that appeared round/egg shaped. We crossed our fingers that we weren’t picking up duds and instead, hoped to find rocks with centres of jasper, quartz, agate and amethyst! 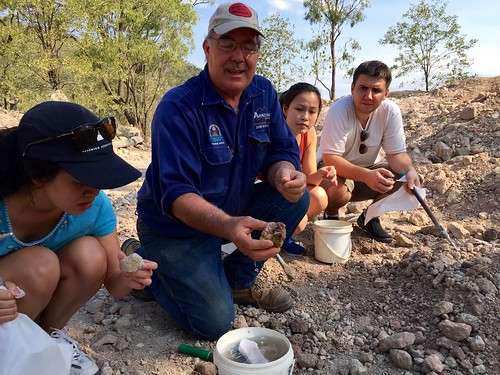 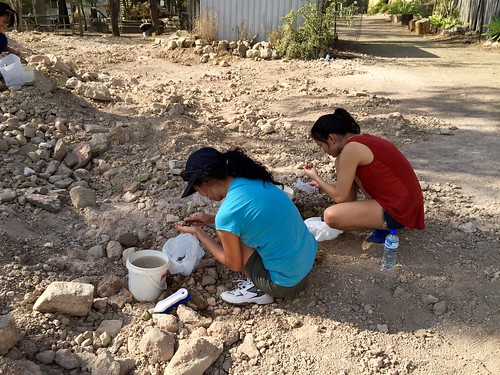 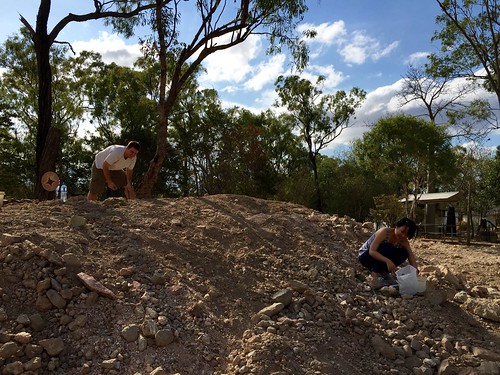 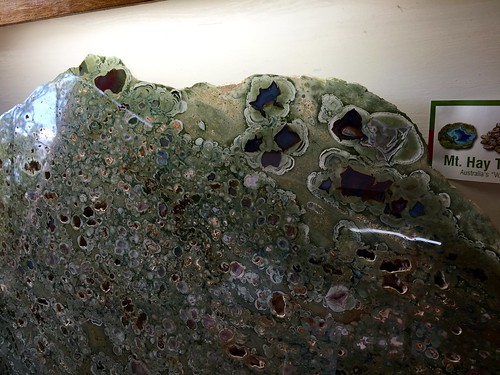 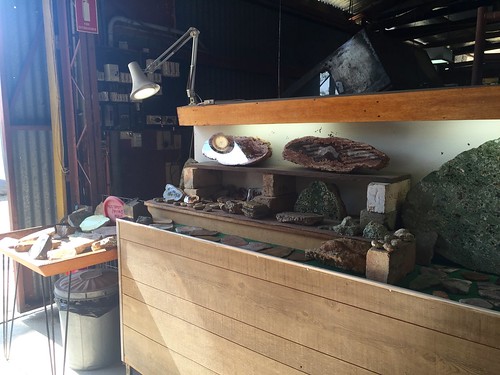 When the sun finally started to go down, Don came back out to herd us back into the shop. 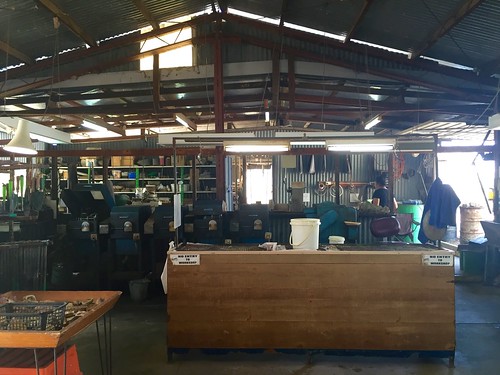 Once inside, we were given buckets and brushes to wash our rocks. 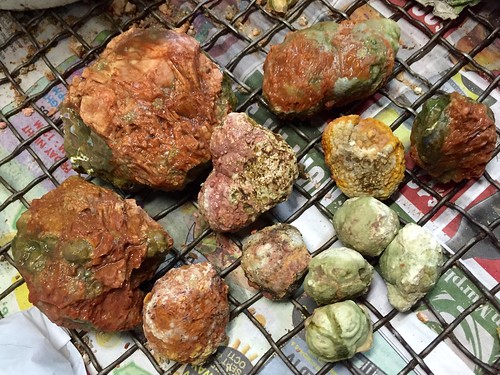 We then eagerly showed Don our collections and he helped us pick the ‘best chance’ rocks to cut. 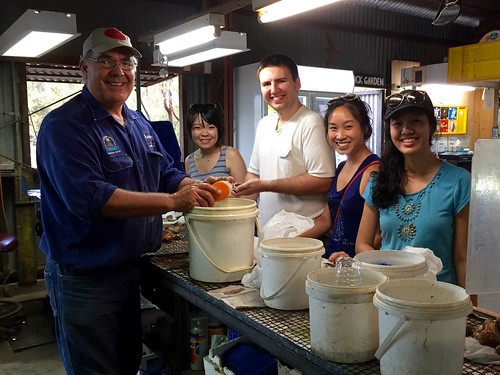 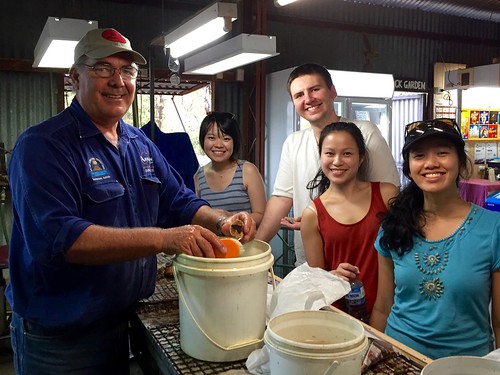 All of us hit the jackpot. We oo’d and ah’d over each others finds and all left with happy grins and the promise to one day return with more friends! 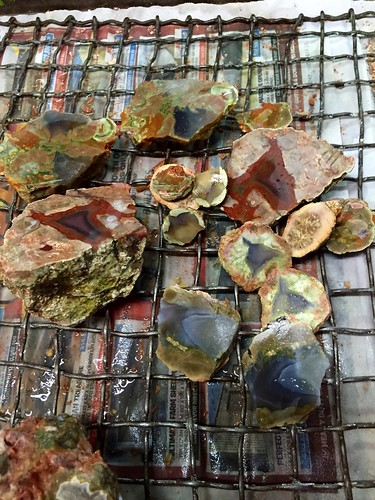 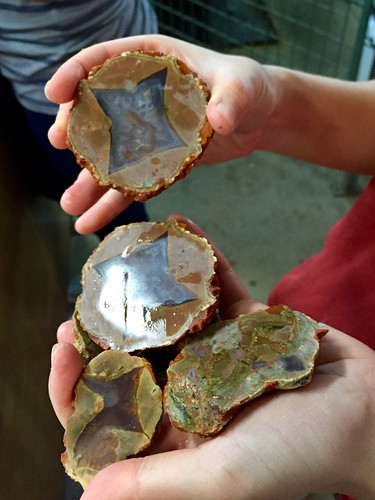 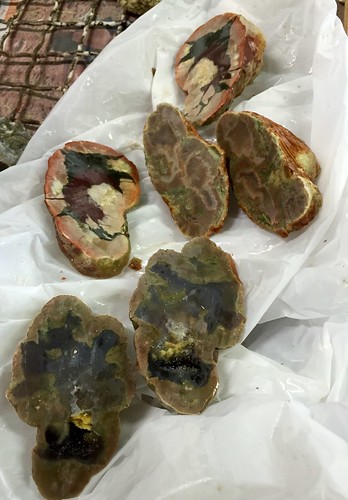 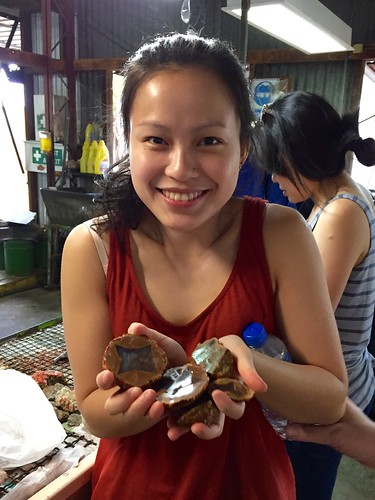 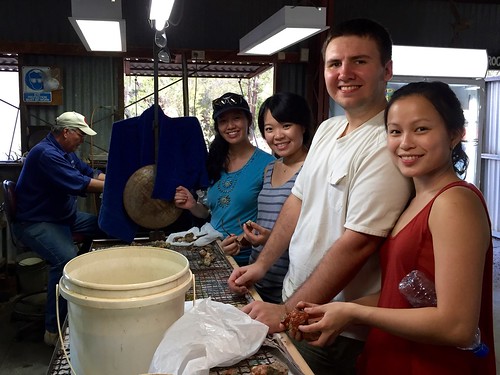 If, like us, you found a bunch of rocks you wanted to have cut – don’t worry! The additional fee is very reasonable! 🙂 Estimate based on the size of the rock (I can’t remember the price, but they have a display chart you can use to estimate costs) 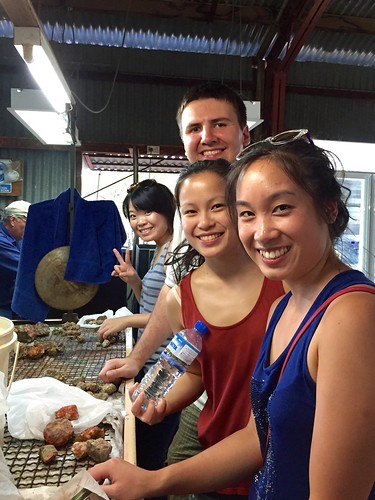 You were awesome, thanks so much Don! 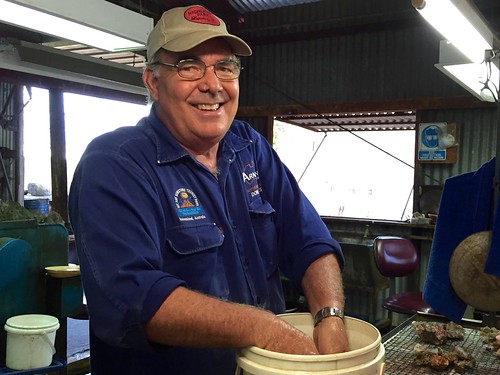 And don’t forget to check out the gift shop – lots of neat things to pick up! I bought a piece of amethyst the size of my palm for less than $10 for Michael as he missed out. Now on display with our liquor! 😉 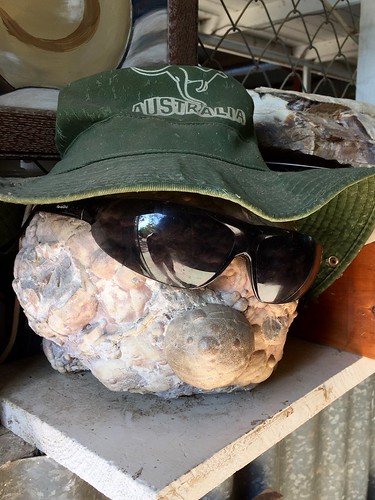 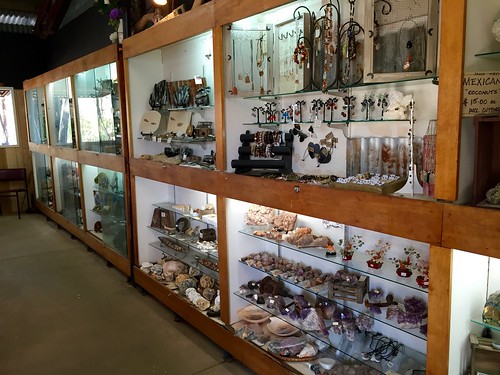 Thank you for hanging out with me Amanda, Kon, Pei Yee, and Angela! 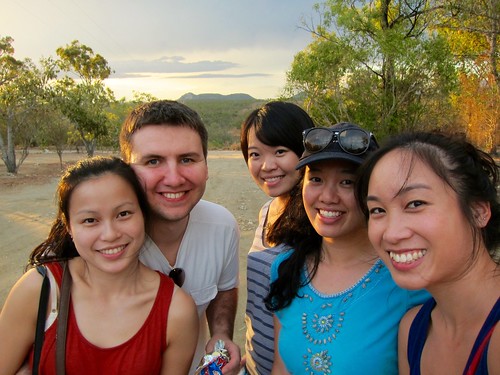 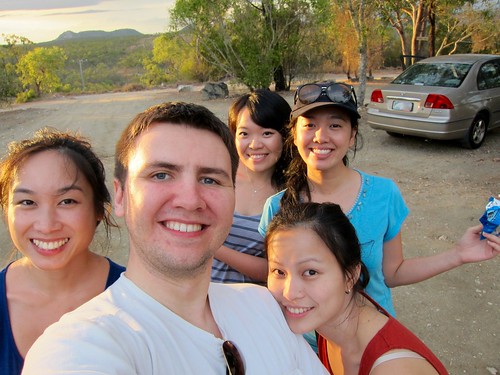 So… I’ve got some good news and some bad news.

The good news is, after a long hiatus, I’ve decided to go back to daily vlogging! (Or at least do my best attempt)

The bad news is, I still plan on blogging in chronological order which means I have catching up to do from wayyyy back in October!

I guess that means a lot of fun reliving all the memories 🙂 Thanks for sticking around and hope you enjoy!